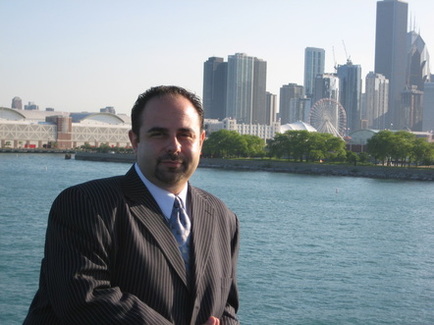 Michael is a Licensed Private Detective and the Founder of Chicago Intel Agency, Ltd., a licensed private detective agency. He has approximately twenty years of experience in the security and investigative fields. At the age of twenty-three, Michael served as the Vice-President of a detective agency where he grew to be a valuable asset to the company. He oversaw all investigations the company conducted and commanded in upwards of 14 investigators. Michael also holds a Masters Degree in criminal justice.

While with three of Chicagoland's major department stores, Michael lead the security department in the detection and apprehension of both internal and external shoplifters with the greatest number of apprehensions. For this achievement, Michael has received various certificates of commendation. Furthermore, Michael has worked closely with both state and federal law enforcement agencies on retail fraud investigations. For a number of years, Michael has worked as an investigator and as a legal assistant for an attorney specializing in the area of criminal law where he coordinated both criminal and civil investigations, interviewed witnesses, conducted legal research, assisted in preliminary hearing representations, and located missing witnesses and persons. Due to the experience of this job, Michael has attained a vast array of knowledge of Illinois' law and statutes.
Michael offers executive protection and bodygaurding services. He possesses special training and skill sets and has protected many individuals as well as famous names like Walter Payton (NFL Chicago Bears), Curtis Enis (NFL Chicago Bears), Ron Harper (NBA Chicago Bulls), Kerri Strug (United States Magnificent Seven teammate that won the Gold medal), Kid Rock, Frankie Valli, David Arquette, Carmen Electra and Boyz II Men.
(Click image to watch a video of Olympic Legend Kerri Strug) 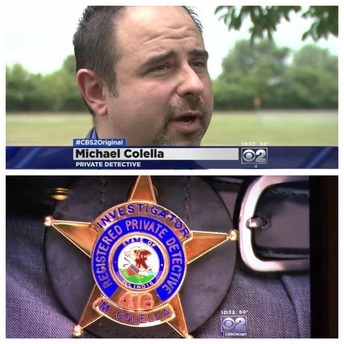 On February 20, 2000, Michael was personally responsible for saving his client’s life in a shooting. He was featured on all major television stations and even President Clinton sent Michael an email commending him on a job well done. To read about this in the Chicago Tribune, click here: http://articles.chicagotribune.com/2000-02-22/news/0002220221_1_private-investigator-shot-wicker-park and to see Michael on the major news stations, click here: https://www.youtube.com/watch?v=pwScQchkyig

On July 20, 2016, Michael was featured on CBS Channel 2 News on a criminal case he investigated and brought a man to justice who posed as a worker at the Illinois Secretary of State Department of Motor Vehicles. To read about this on CBS Chicago, click here: http://chicago.cbslocal.com/2016/07/20/police-man-swiped-victims-cash-claiming-he-could-fix-tickets-get-them-jobs/ 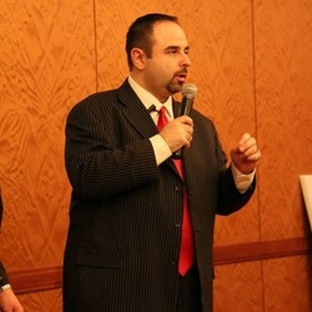 Michael has attended numerous security and investigative seminars including, but not limited to, “Physical Security Assessments,” “Bomb Threat Procedures,” “Techniques of Crime Scene Investigations,” “Step-By-Step Guide To Better Facility Security” and “Stress Management.” Michael has also conducted workplace violence seminars, where he was one of the speakers on the topic.

Michael is bilingual in Italian and he also holds a first degree black belt in the martial art of Aikido.